Manama: Bahrain's public transport network will be expanded by a total of 10 new bus routes from today, covering Bahrain University, Mina Salman and Amwaj Islands. There will be 141 buses operating on 32 routes, with new destinations added as well as new express links serving Manama and Muharraq and a new service for incoming travellers at Bahrain International Airport, along with more frequent buses between key residential areas.

Transportation and Telecommunications Minister Kamal Ahmed said the move was part of a plan to improve transport infrastructure that meant 77 per cent of the island was now covered by the public transport network, catering to approximately 50,000 passengers daily compared to 16,000 previously. “The ministry has been working on this strategic project of national importance for the past two-and-a-half years,” he said in a statement.

“Over the past six months, the ministry has been fully committed to seeing the implementation and successful rollout of the new public transport network. “We are working on several fronts, including network, fleet, infrastructure, regulation, technology, training and marketing to ensure the smooth implementation of operations – and have been taking all customer feedback on board to make improvements based on passengers’ requirements.

“Any advanced country needs a fully integrated transportation network,” he said. Mr Ahmed stressed that a sustainable public transport system was instrumental to the mobility of people and serves to enhance the quality of life for citizens. “We reached record number of passengers on the first day of Eid Al Fitr, with more than 36,000 using the buses,” he said.

“This is a huge jump from 18,000 passengers which was the previous record of the old operator. He said further work was underway, with several new bus shelters now installed and a full construction programme in place for the next 18 months to replace all old shelters as well as build additional stops. In addition, passengers can purchase pre-paid travel cards as opposed to paper tickets – allowing efficient, paperless travel.

With the upgrade of the fleet, passengers’ wait times have been reduced to an average of 22 minutes on any given route, with the busiest routes operating up to every 15 minutes. Bahrain’s new public transport network was launched in February with the appointment of new operator Bahrain Public Transport Company (BPTC), which is a joint venture between the UK’s National Express Group and Bahrain’s Ahmed Mansour Al A’ali Group 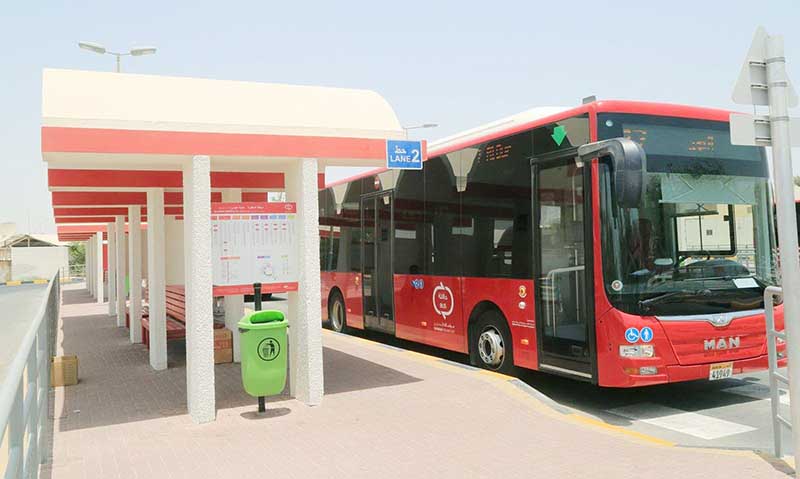