MANAMA: MAN Truck and Bus Middle East, the regional representative of German maker of commercial vehicles and buses MAN Truck and Bus, has reported a 'strong surge in performance with sustained growth in customer demand' in Bahrain last year.

MAN's market share in Bahrain has increased year-on-year from 35 per cent to 38pc against actual vehicle registration that has stayed static at around 350 units in the 16 tonnes and higher segment, the company said.

The key highlight for MAN in Bahrain this year is the deployment of 127 buses for the new public transport service.

The exclusive MAN distributor in Bahrain is AMA Motors, whose general manager Simon Keen said the positive sales performance comes on the back of a stronger brand perception and steady growth for the transport sector and demonstrates the strong growth momentum for the brand.

'Customer awareness of both the buses and the MAN brand has massively increased and as such the level of customer visits and quotation is up by around 50pc year on year,' Mr Keen said.

'We see that in markets where MAN holds the market leadership, we were able to stabilise and even improve this position.

'In other markets, we have increased our share tremendously to become leaders.'

According to him, an increase in order intake of 19pc has already been seen this year.

'With a full order book, this sets up a good platform for us,' he said. 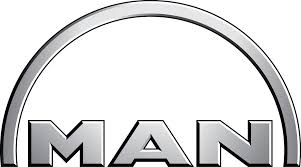