A new fleet of bright red buses hit Bahrain’s roads yesterday as part of a revamp of the country’s public transport network. Serving Manama and all of the island’s major towns and villages, the 35 new buses will operate on existing routes until a new network is rolled out on April 1. To see what commuters thought of the new service, the GDN went out on launch day and took a ride

CLEAN, punctual and much more comfortable — those were the words used by passengers yesterday to describe Bahrain’s new-look bus service.

Running on routes stretching from Zallaq to Isa Town and Budaiya to Muharraq, the 35 new German-engineered MAN buses have come as a welcome relief to many — especially driver Byju Masabasri.

“I have been driving buses for over 10 years and this is the most comfortable and easy-to-drive bus I have had.

“It is lower than other buses so I can see obstacles more easily and it has much better suspension.

“I work eight-hour shifts and before my back would start hurting very quickly — but I have been driving for at least three hours now and I still feel good.”

“The bus seems less crowded now and much more spacious than before,” said the 50-year-old nursery teacher.

“I thought that it would be more expensive because it looks very fancy but it is the same as before — just 200 fils.

“I have been taking buses in Bahrain for the past seven years and so far this is the cleanest bus I have ever seen, I just hope that it can stay that way.”

“I think it will be good not to need to have coins on me all the time, and then I could pay for all my trips at the beginning of the week and forget about it,” she said.

“What if I only have 200 fils on me and I cannot afford a card? I may also be running late and need to jump on the bus before it leaves, but perhaps they won’t let me in without this card,” said Mr Ahmed, who has been riding buses in Bahrain for almost 30 years.

“They cannot eliminate money payment, especially as it is mostly working class people who use the buses.”

Despite his misgivings, however, Mr Ahmed, did say the new buses were “long overdue”.

But the revamped buses caused some confusion at the launch yesterday, with a handful of regular passengers not realising that the smart new vehicles were for public use.

“I missed the first two buses because I thought these buses were for tourists,” said 27-year-old Nigerian housekeeper Janet Kyala.

“It looked too posh to be the public bus, so I was just sitting and waiting, until someone told me.

“I didn’t think we would get something like this in Bahrain — these buses are great and I like the big windows.”

Other passengers said that they would now consider taking the bus more often, as long as the level of cleanliness was maintained.

“I usually don’t use the bus unless I am going to a place with no parking like Manama,” said 33-year-old Nigerian salesman Mallaki Okereke.

“This is really great now but I wonder if it will stay this way.

“Anything new is generally good but how long can you keep it like that?”

Further upgrades to Bahrain’s public transport network including new routes, infrastructure improvements and revised fares are set to be announced in the coming months. 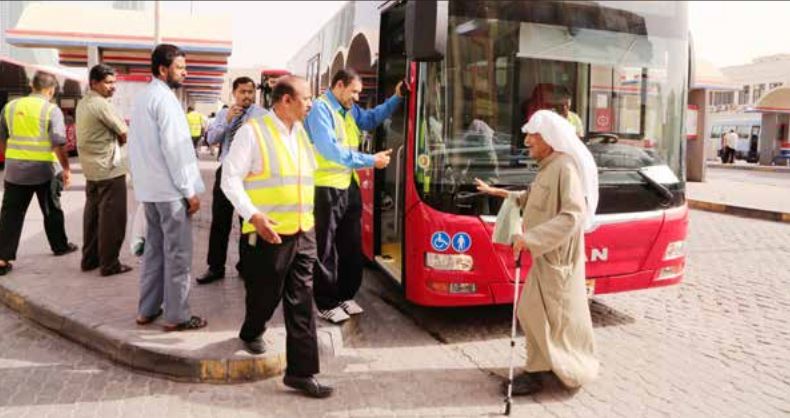