The contract is for execution of two packages within the Bahrain LNG import terminal project and was signed by AMA vice-chairman Tawfiq Al A’ali and GS Engineering & Construction Corporation vice-president Lee Kyoung-Kyu.

With an estimated total development and finance cost of approximately $990 million, the LNG terminal will have a capacity of 800 million standard cubic feet per day when it is completed in 2019.

It will comprise a floating storage unit (FSU), an offshore LNG receiving jetty and breakwater, an adjacent regasification platform, a subsea gas pipeline from the platform to shore, an onshore gas pipeline and gas receiving facility, and an onshore nitrogen production facility.

Work to be done by AMA under the contract includes design, manufacturing, supply and transportation of fully assembled trestle modules and topside jetty structure which will be shipped offshore for installation on the jetty.

The LNG import terminal will be located offshore approximately 4km east of the onshore receiving facility at the Khalifa Bin Salman Port.

AMA will be supplying 12 trestle modules of up to six metres wide and 18 metres long weighing 150 tonnes each.

The trestles will be manufactured and fully modularised in the company’s technologically advanced facility, which is one of the largest in the GCC.

The contract awarded to AMA is slated for completion by February 2018.

Describing the work being done by AMA as “critical to the project”, Mr Lee said, “this is the beginning of long-term partnership between the two companies for the future.”

The company developing the terminal – Bahrain LNG – is owned 30 per cent by the Oil and Gas Holding Company (nogaholding), 30pc by Teekay LNG Partners, 16pc by Samsung C&T and 24pc by the Gulf Investment Corporation.

It was awarded to the Teekay LNG-GIC-Samsung consortium in December 2015 by the National Oil and Gas Authority, following an international competitive tendering process.

The engineering, procurement and construction contract for the terminal was awarded last year to GS Engineering & Construction, while Teekay LNG was signed up for supply of the FSU which will be modified specifically for this project, through a 20-year time-charter agreement.

The terminal offers the kingdom the flexibility to cater to seasonal demand and the option to re-export to regional demand centres. 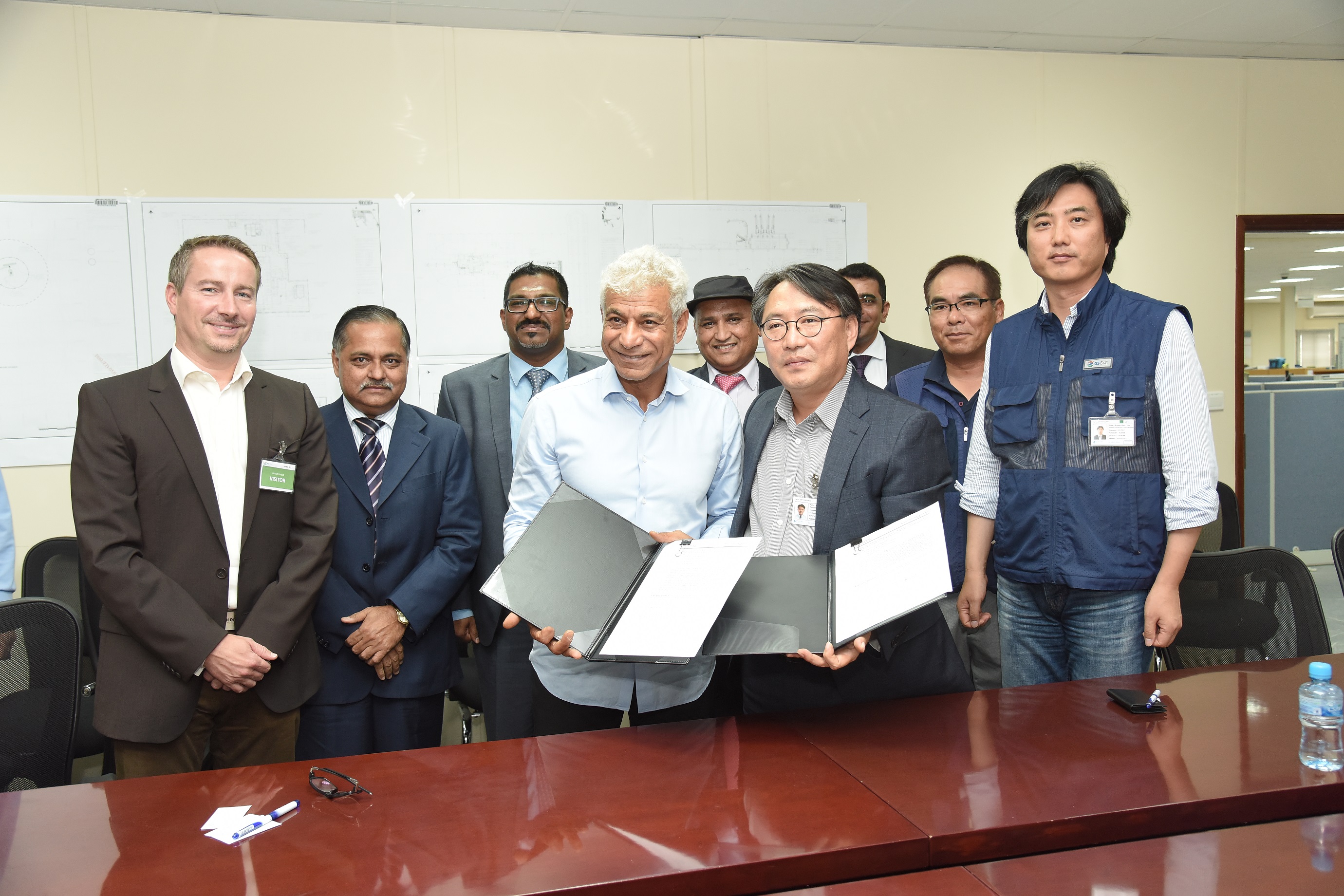