As many as 20 deals related to Bahrain International Airport’s (BIA) new passenger terminal building were signed during this year’s air show.

In a statement, Bahrain Airport Company (BAC) said contracts were awarded to some of the most widely known local, regional and international companies, ensuring a world-class range of concessions and services at the new terminal.
During the final day of the air show, BAC signed deals with Al Baik, one of Saudi Arabia’s leading quick-service chains; AMA Motors, part of the conglomerate AMA Group; Batelco; Zain Bahrain; and VIVA Bahrain.
In addition to operating retail outlets, the telecom companies will ensure the infrastructure required for broader and faster mobile coverage at the new terminal.
AMA Motors will supply an emergency escape stairs vehicle, a crucial piece of equipment for the Airport Firefighting and Rescue Services team.
Signing the five-year agreements alongside BAC chief executive Mohamed Al Binfalah were Oriental Yields chairman Fawaz Al Tamimi for Al Baik, AMA Group vice chairman Tawfeeq Al A’Ali; Batelco Consumer Unit acting general manager Maha Abdulrahman; Zain Bahrain general manager Mohammed Zainalabedin; and VIVA Bahrain chief executive Ulaiyan Al Wetaid.
Mr Al Binfalah said: “With its wide range of offerings, we are confident the new terminal will become a catalyst for growth in commerce and retail, increasing the aviation sector’s contribution to the national economy.
“The contracts signed during the air show will also create significant job opportunities for Bahrainis in line with Vision 2030.”
He said the 2018 Bahrain International Airshow was key to the $1.1 billion Airport Modernisation Programme, which is due to be finished in Q3 2019.
“Over the past three days, we have cemented important partnerships with some of the most recognised companies in the world, which will ensure the new terminal exceeds the expectations of stakeholders’ and travellers’ alike,” he said.
“Many of the tenants and service providers are now selected and we are negotiating with other leading companies for the remaining spaces.”
According to sources, the contracts awarded for the new terminal during the air show add up to a total value of nearly BD250 million. 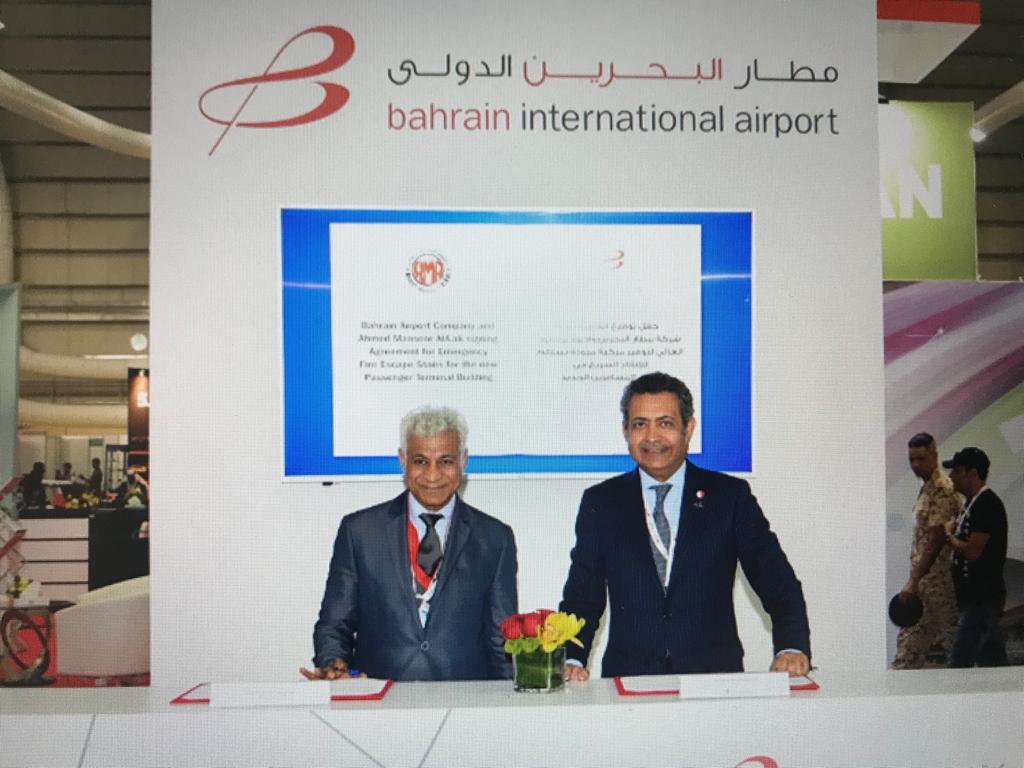